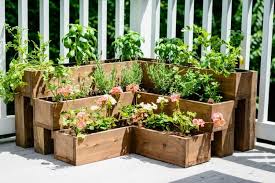 Some Reasons To Grow A Herb Garden

These days, it seems there is a pill for every malady afflicting the human race. Many people benefit from these medications, but these medications come with side effects, often dwarfing the problems they help. That is the reason many people are looking at medicinal alternatives offered by nature. That has sparked an interest in people growing their healing herb garden. By producing just four herbs, a person can naturally treat many health problems at home.

Golden Seal grows wild in South-Eastern Canada and the North Eastern United States. Golden Seal has many useful health-promoting properties. Its been shown to help with inflammation, constipation, digestion, and a variety of other ailments 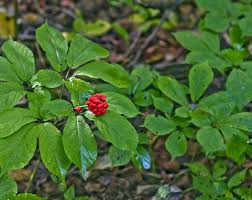 Ginseng is found in the colder climates of the northern hemisphere, including the United States, Northern China, Siberia, and Korea. The use of ginseng dates back to around 100 AD in traditional Chinese medicine. It's used to increase stamina, aid in weight control, diabetes management, reduce painful headaches, lower blood pressure, etc.

St Johns Wort is a flowering plant found in China, Europe, Russia, Turkey, and the Middle East. St. Johns Wort played a significant role in helping people who suffer from depression. In Germany and other countries, this herb is prescribed to treat mild to moderate depression. Its been as effective as the most commonly prescribed SSRI antidepressants. It has the added benefit of having half the adverse side effects of SSRIs. St. Johns Wort also exhibits antibacterial and anti-inflammatory properties, which aid in treating burns, cuts and bruises, and muscle pain.

The Coneflower family comprises nine flowering plants found in the genus Echinacea. This herb grows on the east and west coast of the United States. In Native American culture, Echinacea is used for toothaches, bites, stings, and mumps. Echinacea is arguably one of the most potent healing herbs. Echinacea helps treat the flu, colds, colic, and infections of all kinds. It has been proven to bolster the lymphatic system and boost the immune system. Using this herb for medicinal purposes is widespread because of its low record of side effects.

People are tired of taking pills. Many folks are exploring the world of herbs to help them with medical conditions. That is precisely the reason that growing a small herb garden at home is a beautiful idea.