A mature Scarlet Red Maple, commonly found in zones 3-9, grows to a height of 30-50 feet, a spread of 25-35 feet, and is located in soil conditions ranging from arid to moist, but not alkaline. While this maple is one of the most widespread deciduous trees in America, an autumn walk, especially in New England, is going to reveal an encounter with a sea of colors - the Scarlet Red Maple undoubtedly being among them.

While true to its name, this tree is known as much for its scarlet display as for its softer, deeper reds. All parts of this peacock show off varying hues of red, except for the trunk, which is a light gray that darkens with maturity. 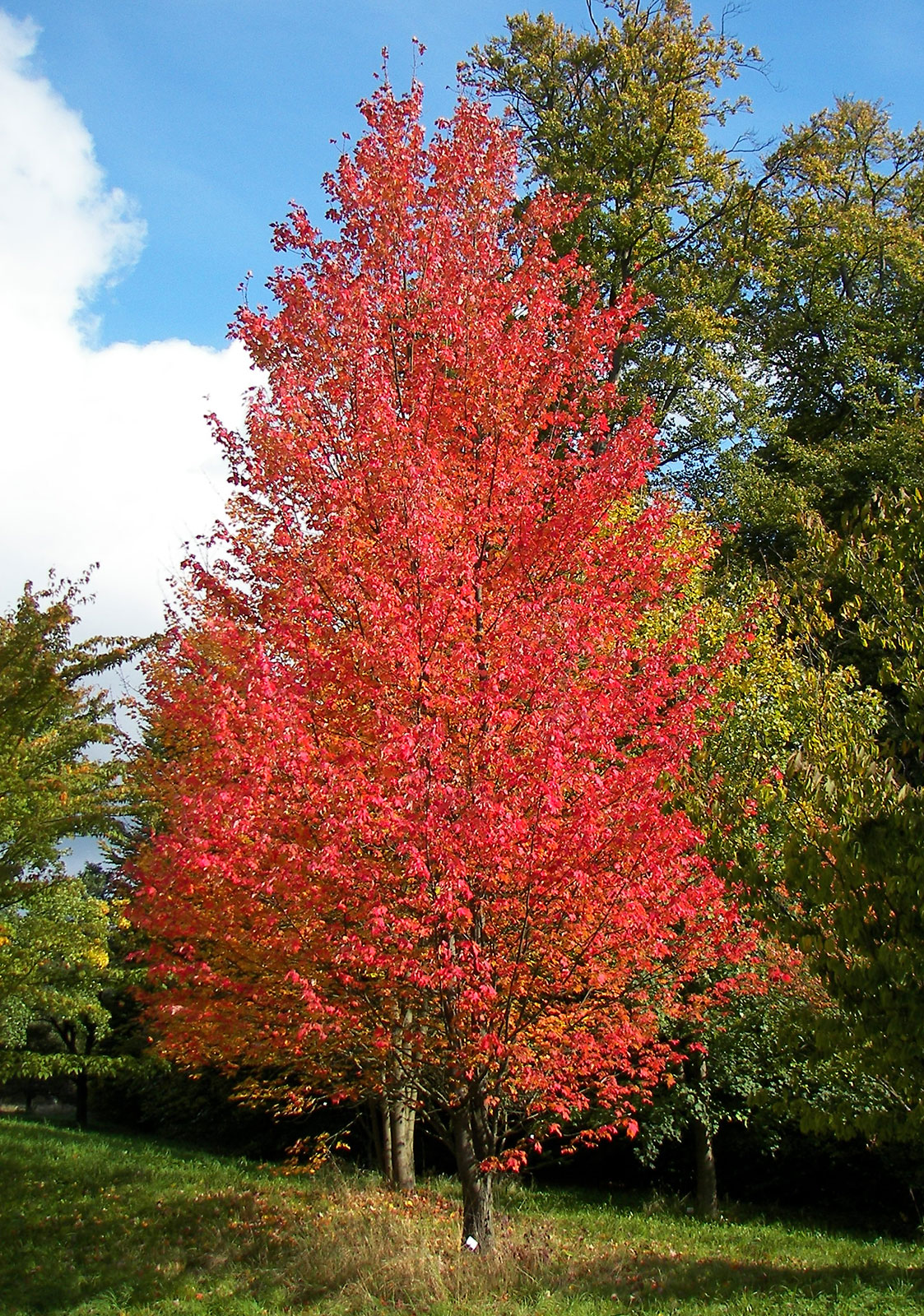 How to grow you Scarlet Red Maple

The ideal placement of this tree to enhance the aesthetics of a home usually consists of lining a segment of your property with it. However, it should be noted that the roots can grow far, deep, and wide, so proximity to sidewalks and driveways should be avoided. Power lines may also create a conflict with the height of the tree.

That being said, in the wild, it is often found accenting the curves of a country road. Since it tends to mesh well into the landscape, surrounding it with trees of varying densities tends to harmonize the look and feel of the arrangement.

As it grows at a medium rate, Scarlet Red will usually live to 90 but may see the age of 150, which by most standards is considered a short to the medium-lived period for a tree. It has a high canopy that generally begins at or above 6 feet from the ground when mature. The leaves distinguish themselves from other varieties of this maple as they are typically 5-10cm long and full with a serrated margin, and are toxic to horses. 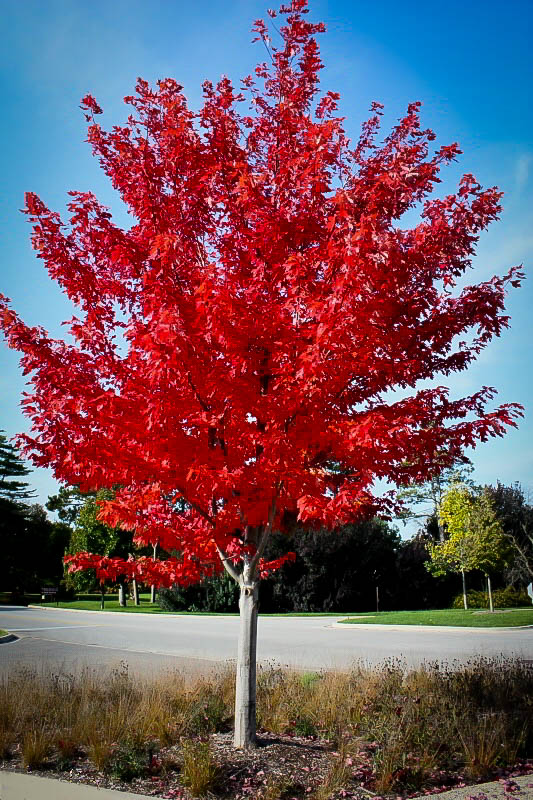 The seeds are abundant, colloquially known as “helicopter seeds” because of the way they flutter to the ground. They ripen between April and the beginning of June, even before the leaf has reached maturity. While the Scarlet Red Maple is somewhat adaptable to environmental pollution, it will thrive in the country and tolerate an urban landscape.