Native plants are generally defined as plants present in North America before the arrival of European colonists. Non-native plants are also called exotic plants, and most of them come from Asia or Western Europe. Exotic plants can be but are not always invasive. The term "invasive" describes an exotic plant that has no natural predators, competitors, or diseases in its new environment. There is, therefore, nothing to keep it in check, and it quickly takes over the area. Kudzu, the "vine that ate the South," is an infamous example of an invasive plant. Such plants can become a threat to native species.

The threat posed by invasive plants is just one reason for planting natives instead. Native plants are also more natural to take care of. They are already adapted to the local climate and thus can tolerate almost any extreme weather peculiar to the area. In Tennessee, this often means native plants can withstand cold winters. Native plants are also already adapted to the soil conditions, and they need less in the way of fertilizer. They also require less water and pesticides than exotic plants do.

Native plants can attract wildlife, birds, butterflies, and other creatures. The right mix of native plants can provide food and shelter for many types of animals. That includes nectar for bees and butterflies and seeds for birds and small mammals like squirrels. Birds migrating during the fall feed on the fruits of the spicebush and flowering dogwood, while birds migrating during the spring eat the insects found on oak trees. Hummingbirds enjoy tubular flowers like the cardinal flower and native honeysuckle, while songbirds relish the fruit from hackberry, mulberry, or black cherry trees.

Restricting oneself to native plants should not be a hardship since Tennessee boasts around 3,000 species of native plants. That diversity is due to the variety of environments within Tennessee, from mountains to swamps. Tennessee's location means it also has a diverse climate with both northern and southern climate patterns.

Examples of native plants include the following:

The tulip poplar (Liriodendron tulipifera) or tulip tree is Tennessee's state tree. It is the tallest hardwood tree in North America and can grow to be 150 feet high. It can also live for over 200 years. It is a member of the magnolia family. 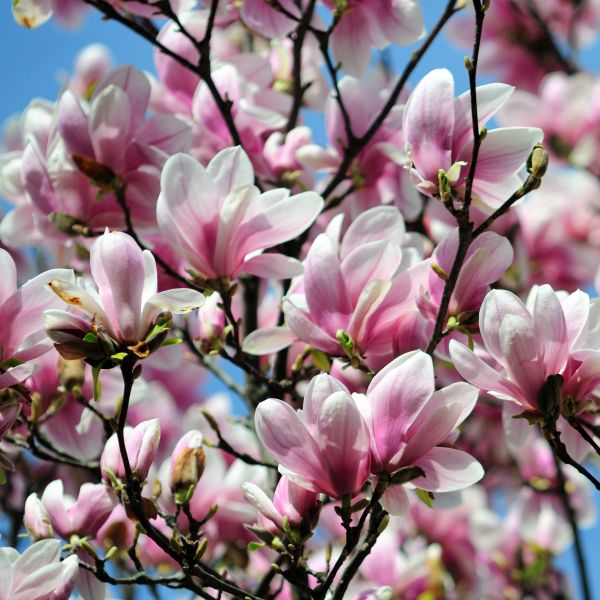 Magnolias, in general, are hardy trees with impressive leaves and flowers. There are roughly 80 species that are native to southeastern Asia and the eastern US. They can be either shrubs or full-sized trees, and beetles usually pollinate their flowers. Native magnolias include the bigleaf magnolia (Magnolia macrophylla), which has the most significant single leaves and single flowers of any native plant in North America. Its leaves can be nearly four feet long. The cucumbertree or blue magnolia (Magnolia acuminata) owes its common name to its fruit which looks like a tiny cucumber when unripe. 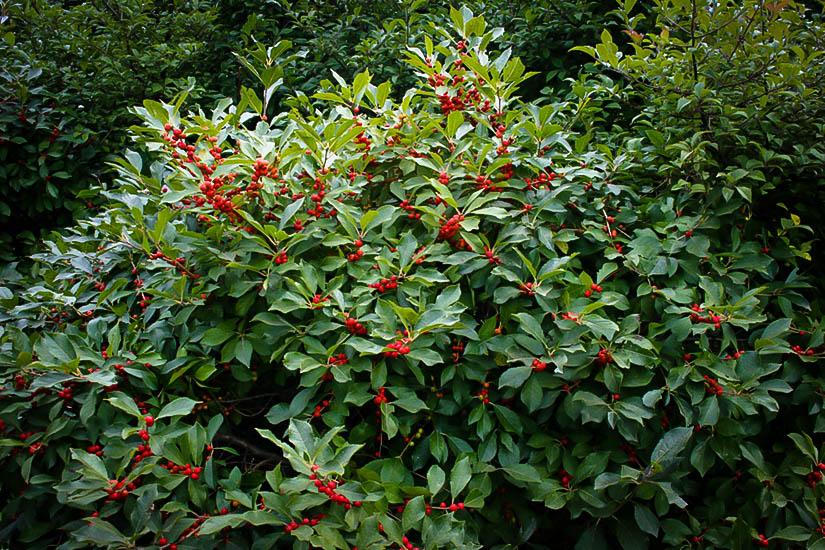 The aptly named winterberry (Ilex verticillata) is a shrub that produces red berries during the winter that birds feed on. It is also a species of holly, and it is a favorite ornamental plant. The possumhaw or swamp holly (Ilex decidua) is another holly native to Tennessee. Deer enjoy browsing on their younger twigs while songbirds like its berries.

The black-eyed Susan (Rudbeckia hirta) can be found in all 48 of the contiguous United States. It is a member of the sunflower family, and it is a favorite ornamental plant. Butterflies like it, and they are especially drawn to large groups of black-eyed Susans.

Wild Columbine (Aquilegia canadensis) is a perennial flower that likes shady woodlands. Its red and yellow flowers attract hummingbirds. It is also known as the Eastern red columbine or the Canadian columbine.