The Many Attributes Of Virginia Wild Rye

The Virginia Wild Rye is named after the state where it is found most often. This is a bunchgrass that grows during the cooler parts of the year and generally hits about two to three feet in height. While it was initially first spotted in Virginia, it has spread to other parts of the country since it first popped up.

The grass is now one that is planted in places like South and South Central Texas and it’s most common use is as food for livestock. One of the reasons it is so famous for that use is because it grows relatively high and is somewhat durable, as it can survive those cooler parts of the season. It’s also considered quite nutritious for all kinds of livestock, whether you’re talking about cows, pigs, or horses.

The planting, especially when talking about attempting to grow fields of this plant is supposed to be done in the spring and is something that produces very well in a kind of clay dirt. While the migration of the seedlings for this plant has been going on for quite a while, they are just starting to become popular in states that are not directly in the South or Southeast. 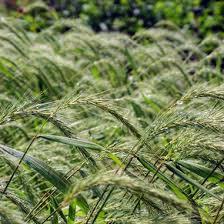 Oklahoma is starting to accept this plant as one it can use for its livestock. The clay-like soil in Oklahoma is considered one that will be able to grow this bunch grass quite abundantly. Once it has been planted, this is a bunch grass that tends to keep its population high all on its own as it is considered a good seed plant. Recent studies show that it can produce as much as 400 pounds of seed per acre in a calendar year. To the naked eye, the grass can look as though it has the same kind of leaf structure as wheat, though the seedlings are quite a bit smaller on Virginia Wild Rye 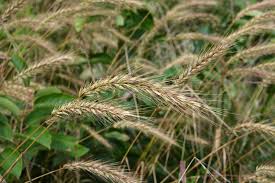