Herbs have been used throughout the world for centuries to prevent and cure various diseases. Over the past 50 years, numerous herbs have made their way to the Western world and are now embraced as alternative treatments for many ailments. Although there is no proof that specific herbs can completely cure any disease, those listed below have had auspicious results during preliminary studies: 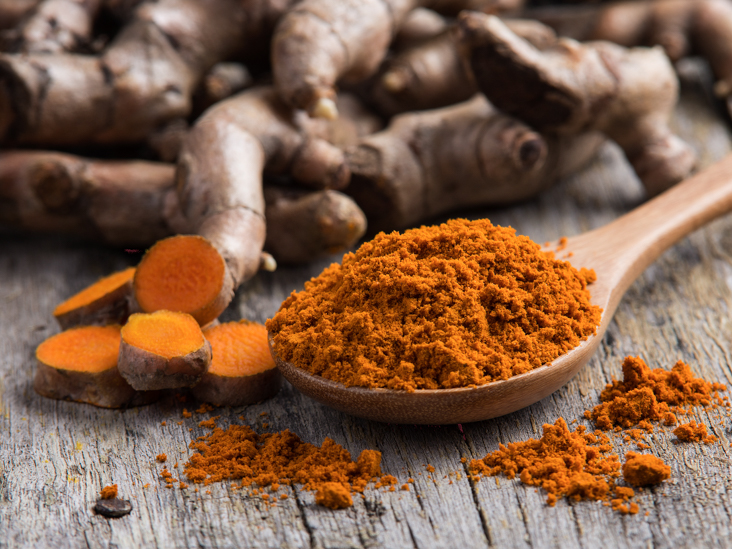 Turmeric has been used for several thousand years as a treatment for inflammation, regardless of the source of the problem. Research has suggested that the herb may also help individuals who suffer from infections and digestive disorders. Additionally, the incidence of Alzheimer's disease and old-age dementia is extraordinarily low in countries where this herb is consumed on a regular basis. For this reason, it has made its way into the spotlight as a possible preventative measure against Alzheimer's disease.

Tinnitus is characterized as a buzzing or ringing in one or both ears and is not as uncommon as a person may think. The Chinese herb, Dong Quai, has been used for centuries in Asia to treat this disorder, with many people claiming that their symptoms subside for long periods of time when they take the herb on a daily basis. It is also regarded as an anti-atherosclerotic, which means it may help to eliminate plaque from artery walls. Anyone who has ever suffered from insomnia knows that sleepless nights lead to irritability, a weakened immune system, and the inability to focus or concentrate. Among all alternative treatments for insomnia, Valerian root has proved the most promising for those suffering from insomnia. Additionally, clinical trial participants report feeling refreshed in the morning, rather than experiencing the A.M. sluggishness that is often associated with the use of traditional sleeping pills, such as Seconal or Ambien.

Lessen the Duration of a Cold with Echinacea

Echinacea, although widely regarded as an herb, is derived from a spice that is then made into an herbal supplement. Preliminary studies have shown that it probably boosts immunity, even in those whose immune systems are severely compromised, such as individuals suffering from diseases like lupus. The New England Journal of Medicine reports that when it is combined with an herb called goldenseal, it can reduce the frequency and severity of common colds and viruses in otherwise healthy people.

Anxiety affects millions of Americans each year and ranges from mild to debilitating. Used for over a century as a medicinal herb, Evening Primrose oil is believed to be a potent treatment for social anxiety, panic attacks, generalized anxiety disorder and chronic nervousness. The oil, derived from the stem of the primrose plant, contains a substance referred to as gamma linoleic acid, which boosts nerve function and may also stabilize hormone levels. For this reason, holistic practitioners sometimes prescribe it as a remedy for the premenstrual syndrome as well.

Once overlooked as an ineffectual herb, preliminary studies have shown that using Ginkgo Biloba on a regular basis may increase circulation and decrease inflammation. Also, many users report feeling an increase in energy when taking the herb, but this is not accompanied by unwanted side effects, such as nervousness or anxiety.

Virtually all men over 50 eventually experience an enlarged prostate gland, which can lead to an array of annoying symptoms. Saw Palmetto is an herb currently being studied by several organizations to determine if it may be beneficial for those with an enlarged prostate. In clinical trials, many men who took saw palmetto herbal supplements, as opposed to a placebo, experienced positive results.

There are many ways to take herbal supplements, and most blends can be purchased over-the-counter. One can choose from capsules, teas, tinctures and powder form supplements. Some people may need to try different administration methods for the same herb to find the one that offers the most effective results. For example, those who have trouble absorbing oral supplements may wish to consume the grass in the form of a tincture. Regardless of the method of consumption one prefers, it is essential to make sure such products are acquired from a reputable merchant. Finding out about return policies is also a good idea, notably if the consumer plans to obtain such products on the Internet.

When researching herbs and searching for the most appropriate product, a person should consider speaking to a holistic practitioner or dietitian. Such individuals can usually offer helpful advice concerning the specific reason for which one is seeking an herbal remedy. Finally, it is never wise to take any new dietary supplement without first discussing the plans with a doctor or other licensed, medical professional.