There are mainly two types of Halls honeysuckle; the first one is well known as the climbers, and the second one as shrubby honeysuckles. Both of these plants need different conditions for them to survive. For the climbers, fertile soil which is moist and well-drained, and humus-rich would be preferred. This will lead to the plants flowering to their best and the top growth, and they will not be affected by the sun.

For the shrubby honeysuckles, on the other hand, they would do better in any well-drained soil, unlike the climbers who need specific conditions; these will do great under full sunlight or even partial shade. Nonetheless, both of these types are simple to grow. Preparing the garden with organic matter like well-rotted manure or garden compost will give the plants some conditions in which they can survive. 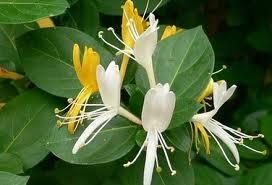 Caring for your Halls Honeysuckle Vine

During the spring, the use of fertilizers will ascertain that the plants do grow stronger while still promoting their flowering. For common honeysuckle, Lonicera periclymenum, pruning should be conducted immediately after flowering, this is at the end of the summer. Other types of honeysuckle like Lonicera japonica do not require frequent pruning since they do flower on the current season, the control can be done in spring by cutting the overlong shoots.

Pruning should be conducted 2ft from the ground; this gives the honeysuckles more time to grow again, for renovation, tying in the new shoots should be done during this period. Propagation of the honeysuckles can be conducted by picking the semi-ripe or softwood cuttings 2-3 inches long either in summer or late spring. For the evergreens, during the mid-winter or autumn, would be suitable for propagation, the cuttings should be The honeysuckles have lots of capabilities, due to their beauty and their fragrant flowers, they can attract animals like bees, birds, or even butterflies. More so, also if they are not in well-drained conditions, they can be able to withstand droughts, thus being suitable for xeriscaping.