This fruit-bearing plant is a hybrid of blackberries and can come in many variations (listed at the bottom of this article).

Songbirds, game birds, and a wide array of fauna rely on this plant for food. During the summer, birds feast on the berries. Year-round, muskrats eat the roots. Also, year-round, moose, elk, whitetail deer, blacktail deer, mule deer, rabbits, hares, squirrels, chipmunks, and even raccoons forage off the stems and leaves of this plant. 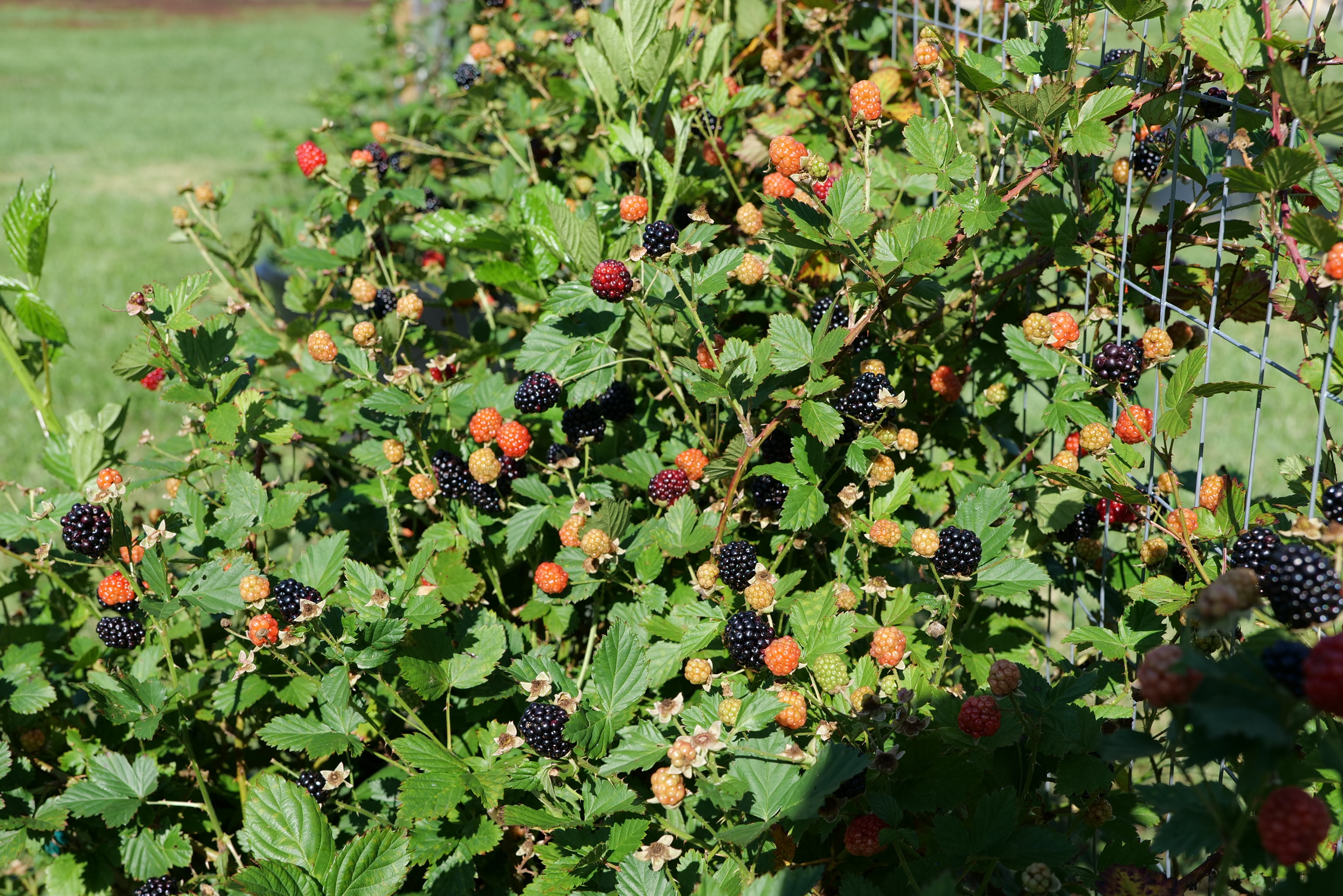 Bristly Dewberries are herb-like shrubs that crawl outwards along the ground rather than up like their blackberry relatives.

These plants produce bright and glossy, green three-parted leaves. The leaves are shiny and pale green, while immature but slowly darken and dull as they age.

Rubus Hispidus produces fruits that are red or black and sour or even bitter. The berries are similar to blackberries, though they look like smaller, slightly immature blackberries, even when they are fully mature and finished growing.

Dewberry stems are covered in backward-curved bristles. There are a couple of hundred follicles inside every square centimeter on the branch. The needle-like bristles attach the plant to the ground and groundcover as they spread and travel along the forest floor.

Dewberries never get more than a few inches tall.

Rubus Hispidus is a perennial.

This plant will flower and produce berries from June until September.

Rubus Hispidus is a native to the Americas but also grows wild all over the world. Rubus Hispidus can be located in the following states within the US:

Dewberry- Rubus Hispidus prefers dappled sunshine but can survive in full sun to full shade. When planted in full sun, it can only tolerate direct sunlight for 3 to 4 hours maximum a day.

This plant prefers moist, usually lower elevation (less than 3,200 feet) habitats where a lot of water is regularly available.

They need moderately wet and acidic soil to truly thrive.

Dewberries are safe to eat. Use them to create delicious jams, jellies, or preserves-- just make sure you add enough sugar to counteract their naturally sour flavors.

Similar Varieties of the Rubus Hispidus

While Rubus Hispidus is a blackberry hybrid, it has produced other hybrid mixes that all vary slightly. New combinations are still being discovered too.